The toolkit allows dynamic and flexible management even of the most complex websites, but being in Javascript, it cannot be read by search engine bots. The solution? An easy and ready-to-install “smart layer” that translates everything into HTML, leaving the technical eco-system of the website unchanged. 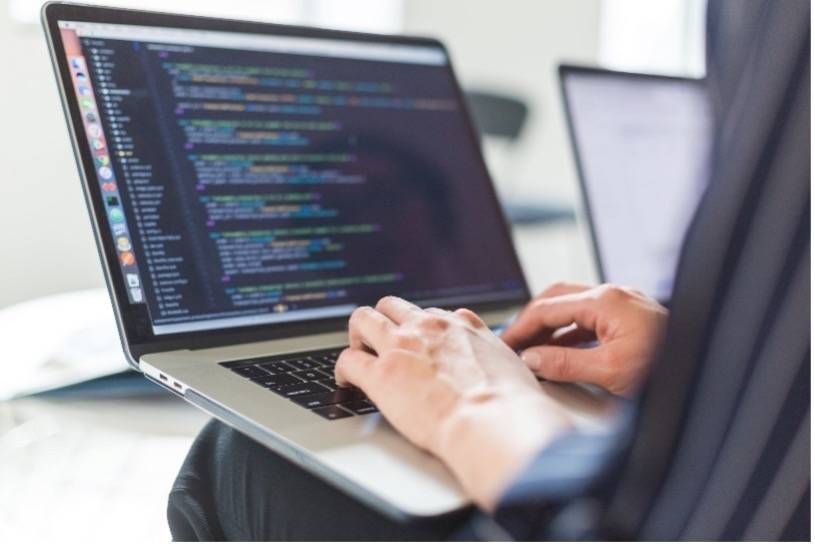 You’ve got a great website, full of well-structured content and packed with e-commerce functionality that’s the envy of your rivals, but are you still invisible – or practically invisible – on Google? Ask your developers why. They will hold the key to the mystery and the answer will probably be ‘Angular’. Let’s be clear: there’s nothing wrong with Google’s language framework, which was created by some of the best developers in the world. Angular is an excellent language with which to build complex and customised sites, with brilliant graphics and a wide variety of widgets. There are still some problems, which users point out from time to time in various blogs, but in the end these are generally overcome quite easily and the end result is often an impressive website.

Angular has everything you would want to build a multi-faceted, well-organised website with a satisfying user experience, except for the one thing that’s essential for Google: readability on search engines – which will only see some lines in Javascript.

This means that the site will be almost invisible – certainly as far as search engines are concerned – and impossible to index. Consequently, there are two possible courses of action: a radical intervention, which means either starting from scratch again or at the least implementing complicated procedures to render all the settings function. Alternatively, a smart layer can be installed such as iSmartFrame, which renders the website contents visible to Google without costly and invasive action.

How angular works: pros and cons

Let’s take it one step at a time, and first of all find out exactly what Angular is, why it’s not visible to Google – which supported to its development – and what a ‘smart layer’ is (and more importantly, what it does).

Angular has enjoyed growing success with development all over the world since being introduced in 2009, and it has now become one of the most used frameworks in Javascript. As of today, part of the JavaScript ecosystem is one of the most popular software development tools.

A survey conducted by StackOverflow among its development community has shown how it’s become the preferred language over the last seven years for Javascript, back-end and front-end, both for desktop and mobile applications, without compromising the server side. The reason why Javascript, and therefore Angular, is preferred lies in the possibility of managing the increasing complex functionality and applications of websites with increased flexibility and agility. In particular, Angular serves as a toolkit for the optimisation of HTML language with the elimination, in a number of cases, of intermediate steps and a substantial standardization of other steps. In short, it can make life easier.

As we already mentioned, Angular is a popular type-safe JavaScript (TypeScript) web framework. It uses some basic functions and libraries that can be imported by the application users. Here is an analysis of some of the first-level behaviours of Angular architecture:

Many users ask themselves this question. Let’s see what the main features, pros and cons of using this software are.

These are some of the good aspects of Angular:

On the other hand, here are some bad aspects of this language framework:

Angular is one of the most used and popular frameworks among the app developer community as it allows them to create advanced projects. Angular is a framework that adds new elements to projects that are built using different platforms. Some of the most popular web applications built using Angular are Forbes, Delta, Microsoft Office Home, Google About, and much more. It is clear that working with Angular for your project will be beneficial in many ways.

When Google decrease your site’s ranking

The ‘bug’, as far as readability from search engines is concerned, lies right here: the site will appear as a series of lines in Javascript, which are literally unintelligible to Google. Search engines work on semantics, and don’t know what contents in Javascript mean.

Not only that: Google doesn’t inform the website owner of the problem, because it doesn’t helpfully point out that the site is ‘badly-written’ in terms of potential searches. It doesn’t even inflict the maximum penalty though – a non-ranking – which would be a sign in itself that something is wrong. It just sends the site to the bottom of the rankings, meaning that it’s hardly visible and often untraceable even by users who search for it thoroughly, using the same contents that appear on the actual site.

A smart layer to the rescue

So does that mean that it’s all wrong, and needs to be done again? In theory yes, but there is a quick and easy fix: the installation of a smart layer that puts everything back in order to allow Google to find the website semantically and figure in the rankings, while leaving the functionality and basic architecture of the site unaltered.

This is precisely what Aritmetika’s iSmart Frame does, which – without affecting the configuration of the site, which would risk compromising its delicate ecosystem – transforms in Javascript into HTML and renders it, without touching the animation Java. In other words, it makes a site readable by Google without affecting the framework. Not only that, but iSmartFrame considerably improves the website user experience, which is essential for conversion, by improving another of the parameters that Google prizes: loading speed. A double positive benefit, which is entirely independent of the original complexity of the website, increasing both functionality and efficiency.

iSmartFrame: how to solve your visibility problems

In this way, whoever still prefers Angular, and finds its best-suited to their needs – which includes most big companies featuring complex e-commerce systems – can carry on using Google’s development tool with no worries. And to fix the problem of being invisible to the world’s main search engine, it’s enough to add a quick and easy extra layer, which is simple to implement. This union of instruments and solutions makes it possible to have a top quality website that’s rich in functionality and content that can be easily accessed – by Google as well.